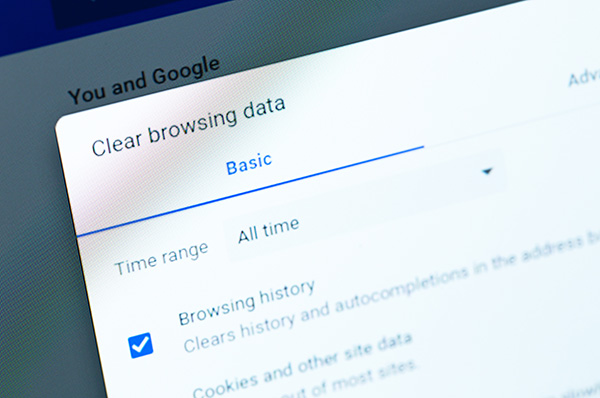 On the 24th of June 2021, Google announced the extension of support for third-party cookies until 2023, extending the validity of the feature by one year. Google is refining its Privacy Sandbox initiative with this change. According to Google, it’s clear that it will take more time to get it right across the ecosystem despite the great strides made with this initiative.

Cookies are simply data points within your browser that websites use to track users and tailor web experience, and they can fall into two categories: first-party and third-party cookies. The latest Google announcement addresses the phasing out of Chrome's third-party cookies. With third-party cookies, marketers and advertisers can track users' online behavior and provide targeted content, which is why Google is creating a Privacy Sandbox.

In 2019, Google introduced Privacy Sandbox as a solution to the removal of third-party cookies on Chrome. Google’s Privacy Sandbox aims to protect user’s privacy as they browse the web. Furthermore, it will make it easier for publishers and advertisers to monetize and develop sustainable strategies that protect user privacy and maintain the integrity of the open web.

Upon launch, the Privacy Sandbox will use five specific APIs to replace the functions of third-party cookies. Its main goal is to guard against and discourage the usage of alternative tracking techniques such as fingerprinting. Despite its potential benefits, we will have to wait longer than the original January 2022 rollout date.

Marketers and advertisers are skeptical that the Privacy Sandbox could provide a complete and uniform solution, arguing that it leaves Google in total control of advertising and data.

In light of the many variables and affected parties, Google notes that the extension will provide ample time and opportunity to work together with stakeholders on the best course of action. Google explains that,

“ .... To do this, we need to move at a responsible pace. This will allow sufficient time for public discussion on the right solutions, continued engagement with regulators, and for publishers and the advertising industry to migrate their services. This is important to avoid jeopardizing the business models of many web publishers which support freely available content. And by providing privacy-preserving technology, we as an industry can help ensure that cookies are not replaced with alternative forms of individual tracking, and discourage the rise of covert approaches like fingerprinting.”

Despite the announcement, it seems Google's decision to extend the phase-out deadline is more than likely due to government pressure. The move comes on the heels of Google facing threats from several antitrust lawsuits and investigations, especially with the recent antitrust investigation by the European Commission regarding Google's Privacy Sandbox initiative.

However, the investigation by the CMA appears to be the reason behind this decision. The CMA believes the approach inhibits collaborative efforts and consolidates power even more for Google over digital marketers, ad buyers, and ad sellers.

Updated Rollout Schedule: When Is It?

In Google’s announcement, the new schedule will provide sufficient time for testing the Privacy Sandbox initiatives. As with APIs and other web technologies, each proposal must undergo rigorous testing before being rolled out to the public. This consists of three steps:

After the APIs go through these three steps, Google will commence the eventual rollout in two stages as soon as the testing is complete.

As part of its Privacy Sandbox initiative, Google says it’s working on over thirty proposals from Chrome and the web community. In the Privacy Sandbox proposals, Google intends to build more private tracking approaches, such as targeted ads, fraud detection, and personalized content.

Four of Google's Privacy Sandbox proposals are undergoing testing, and an extensive public discussion process is underway as part of the lengthy and multi-phased development process. Although Google puts the timeline for phasing out cookies in late 2023, it’s still heavily reliant on the Privacy Sandbox's success and meeting the requirements of the Competition and Markets Authority (CMA).

Perhaps it signals more transparency regarding Google's decision to stop supporting third-party cookies. Google pledged to give the CMA notice of a transition period before the removal takes place. Google also agreed to test alternative advertising methods, including checking the effects of removing third-party cookies.

Google says it will comply with the CMA's request before triggering the 60-day period for the agency to reopen the investigation and institute appropriate measures to prevent competitive harm. As part of the proposed method for developing the Privacy Sandbox, Google has committed to keeping an open, constructive, and ongoing dialogue with the CMA.

Digital Marketers and Advertisers: What Lies Ahead?

Despite the extension, many advertisers and publishers still feel concerned that they may not be ready to do away with cookies. In any case, the reality remains the same, third-party cookies are still in place but that will soon change.

Despite the inevitable rollout of Chrome's third-party cookies, digital marketers, publishers, and advertisers should take steps now to prepare by prioritizing data from first-party cookies, conducting contextual tests, and leveraging other digital marketing channels to reach customers. They should ensure to establish trust and consent with their customers throughout the entire buying cycle.