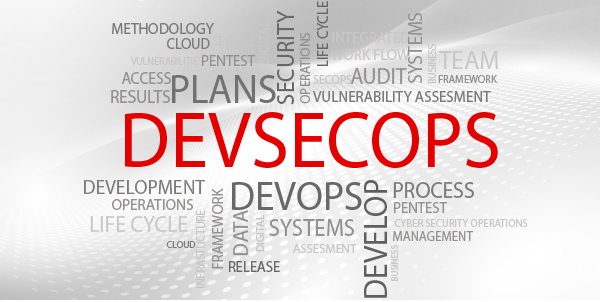 The utopian cycle of DevOps was initially unpopular due to its disregard for traditional practices that aimed to improve key features such as security. Streamlined application delivery comes with the cost of adequate vulnerability testing. DevOps engineers and Security engineers are generally at odds. DevSecOps is where security teams are integrated into the DevOps cycle.

This article by Gartner emphasizes the need to inculcate cyber literacy due to the growing number of cyberattacks in the US and worldwide. Research shows more than 80 per cent of data breaches contain human elements. While little can be done to mitigate breaches and ransomware attacks once they occur, much can be done on the software end of things.

This article will walk through the main principles of both DevOps and DevSecOps and show how DevSecOps can be integrated into traditional DevOps practices.

If you are affiliated with modern software development, chances are you have heard of DevOps. A relatively modern idea, DevOps aims to combine the workflow in development and operations into one huge cycle. This combination of tools and practices allows software organizations to deliver software and iterate rapidly. In essence, this is an agile framework designed to replace the dated but still useful ITIL/ITSM-based methodologies.

Although generally considered to be a culture more so than a set of practices, there are tools and techniques a skilled DevOps engineer must be competent in. In an agile framework, version control systems such as Git are key skills to have. Hand-in-hand with software versioning is Continuous Integration and automated testing. These speed up deployment processes done on cloud services across different operating systems.

Security in software development was traditionally arranged as a perimeter around the development process. Once an application was complete, bug-testing would give way to vulnerability testing before deployment. This is not ideal, however. With quicker development iterations in modern agile frameworks such as DevOps, security must be incorporated in every step from the IDEs to the final builds.

A key feature of DevSecOps, just like in DevOps, is communication and collaboration. Transparency sets up an environment conducive to faster identification and resolution of problems arising in the DevOps pipeline. This becomes even more essential to DevSecOps when the problems are security-related. In DevSecOps, security throughout the pipeline  becomes a collective responsibility and is no longer pinned to a single entity.

Automation is especially important to DevSecOps as thorough testing of modern codebases with millions of lines of code is impossible to do manually. Processes that can be automated must always be automated, while those that cannot be automated should be eliminated from the pipeline. Concretely, many ideas from DevOps show up again in DevSecOps but with an added twist on security, as we will see.

So far, we have seen that DevOps is more about rapid pace than ensuring security. Traditionally, security testing has been seen as a hindrance to application development. DevSecOps allows agility while also ensuring security, which is why organizations are transitioning to the latter using several key changes to the traditional DevOps pipeline. The following sections will outline the major changes required to transition to DevSecOps.

Agile frameworks became a buzzword when they were introduced. It also was the cause of criticism of DevOps and similar methodologies. Where was the operational feedback? How secure is the application? Surely the rapid pace of DevOps overlooked security concerns. With DevSecOps, security checks are included and done on each iteration in the software development life cycle (SDLC).

As mentioned before, embedding security tests affects the pace, which is a major concern in DevOps. However, it is essential to realize the stakes before casually glancing over this vital aspect of SDLC. In the article mentioned above, cybersecurity threats are seen as a major concern by most tech leaders and for the right reasons. The cost of mitigating breaches and ransomware attacks threatens to put entire organizations at risk.

In digital security, there is an accepted need to be exhaustive and meticulous. This is a direct clash with one of the core principles of DevOps, agility. The answer? Automation. It is impossible to test each iterative build to ensure compliance using manual testing techniques. Automation bridges the gap, and in DevSecOps, automated security testing using techniques such as SAST and DAST is incorporated in the pipeline.

Any application before deployment has to be thoroughly tested, and this needs security to be considered across the pipeline. This includes repositories and config files that can be checked for vulnerabilities, such as YAML files requiring elevated permissions or files which incorporate secret keys. With increased automation, DevSecOps catches onto security risks quicker and quashes them. Security automation is a field rapidly gaining traction due to DevSecOps.

In agile frameworks such as DevOps, teams work on different microservices of a complex application. Each team implements security on its end. Other teams interacting with the code should know about the executions to make sure the APIs (Application Programming Interfaces) are being used in a way that continues to ensure safety. This is where documentation comes in. Documentation helps to outline boundaries and possible risks with the direction of development.

Documentation is an integral aspect of communication across teams, which makes it an essential aspect in DevSecOps, as mentioned earlier in the article. Clear documentation outlines the methods that can be used to perform certain actions while also describing the deprecated or unfit methods for production use. This allows teams, for example, to connect services using safe and reliable methods, eventually improving software security as a whole.

Container technologies overthrew the traditional SDLC for the better. Using technologies such as Docker, developers could test and simulate builds for many different environments without ever needing to cash in operational resources. This allowed the DevOps pipeline to be smoother since coding requirements were relaxed as containers allowed a single build to be run in many environments.

As container technologies grew popular, what was previously an afterthought became a topic of conversation, security. Now, there are practical guidelines widely spread across DevOps that relate to best security practices for using container technologies such as Kubernetes. Finally, as coding requirements become lesser, developers can tweak and add security measures to their code. This allows DevOps teams to integrate security features into applications.

The Future of DevSecOps

DevSecOps, just like DevOps, is a culture and not a fixed set of practices. Culture is something that needs to be fostered before it can bear fruit. Organizations need to foster the ‘Sec’ portion in their DevOps pipeline by bringing forth awareness, knowledge, and tools that allow DevOps engineers to deliver safe applications.

DevSecOps builds upon DevOps using security automation. This requires new approaches, techniques, and tools. To properly introduce DevSecOps in an organization, DevOps engineers need to be trained in the use of these tools as well as modifying the usage of current tools to fit better security practices. Thankfully, most of the requirements are relatively easy to implement in a proper DevOps ecosystem.

DevSecOps becomes more important than ever in a world with increasingly intricate and looming cyber threats. The good news is that many of these threats can be outright prevented from the get-go by adopting up-to-date security practices. It is the responsibility of software engineers to build applications that cater to basic digital security needs.