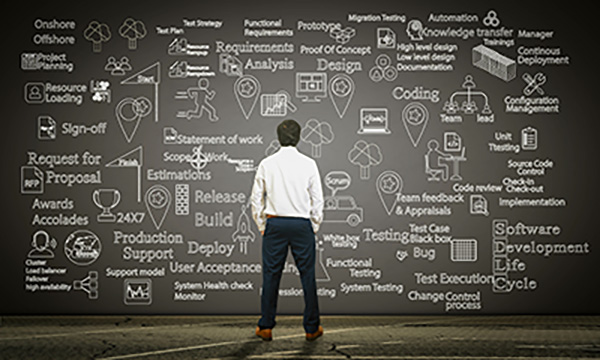 SRE vs DevOps: Achieving Efficiency and Reliability with Both

As a solution, Google developed Site Reliability Engineering (SRE) to scale its services.

According to Gartner, downtime costs an organization $300,000 every hour. In some companies, this figure is significantly higher. On the 5th of December 2020, Google had a 37 minutes downtime; the 2019 Alphabet Inc. report places Google's ad revenue loss for that period at $1.73 million.

While organizations strive to innovate faster & increase efficiency, maintaining reliability is often a challenge. The role of any I/O leader is to balance speed and innovation with reliability. Through Site Reliability Engineering and DevOps, this is possible.

In this article, you’ll learn about SRE, how it differs from DevOps, and how you can leverage it for business growth.

Site Reliability Engineering (SRE), a term coined by Google, is commonly recognized as a slightly more evolved version of DevOps. SRE is a development approach to IT operations where teams use software to automate processes, manage systems, and solve problems. It encompasses a wide range of tasks that includes automation, on-time delivery, and above all, reliability in development and production.

In SRE, the typical tasks carried out by operations teams are given to engineering or development teams, who then manage production environments and solve problems through software and automation. SRE provides a comprehensive approach—with zero tolerance for errors—to scalable, maintainable, and highly reliable software.

Rather than a specific set of procedures, DevOps is an organizational culture or movement to ensure teams share responsibilities for efficient development and maintenance of production code. The primary goal of DevOps is to facilitate faster application delivery velocity, improve reliability, and enhance collaboration.

DevOps and SRE: The Differences and Similarities

Despite its apparent similarity in terms of approach, DevOps and SRE still have a few differences.

Before DevOps, there was a division between the development and operations teams. Even worse, it often results in tensions between the two parties, especially with both having different needs and priorities. Factor in the business needs of faster application delivery, and you have a full-blown issue that clashes with company goals, and revenue and profitability imperatives.

As developers seek avenues to understand code performance in production environments, the DevOps approach became a popular solution. However, DevOps is a culture, not an actual implementation or step-by-step process. In essence, this only makes it abstract and up for interpretation depending on the company or DevOps engineer in charge.

On the other hand, SRE embraces the same principles as DevOps; but with a more systematic approach to achieving and maintaining reliability. In a nutshell, SRE prescribes the methods for success in various DevOps paradigms.

To better have an understanding of the similarities between DevOps and SRE, let’s compare using five core guiding principles of DevOps.

There are often many silos among teams in large organizations, preventing them from reaching their business objectives. DevOps helps to reduce these divisions in organizations by aligning the teams with common goals and bridging the gap between them.

In reality, the SRE approach gets everyone engaged in the development process and its discussion. It’s possible to achieve this by applying similar methods and tools throughout an organization, allowing for responsibility and ownership to be shared between departments.

Even though DevOps emphasizes solving issues and preventing failures before they occur, it accepts failure as an unavoidable process that allows you to learn and improve.

SREs achieve this objective by evaluating the risks of errors and failures when releasing new software. SREs, try to limit the number of mistakes and failures, even if you can learn from them.

As a company strives for competitiveness, it must ensure a fast and frequent release cycle, continuous product updates, and be committed to keeping the team up-to-date on relevant technology.

DevOps strongly supports this change in a gradual and controlled manner. While DevOps and SRE strive for rapid development, SREs focus more on lowering failure rates in the process. It implies releasing small changes and testing extensively before a full-scale release.

SRE and DevOps fully encourage automation. As a result, both teams need to continuously identify opportunities for automation and implement tools that enhance workflows and eliminate manual tasks, as long as it provides value.

Continuous monitoring is necessary for an automated workflow to function smoothly. SRE and DevOps teams must periodically evaluate performance and progress.

One distinguishing aspect is that SRE views operations as a software problem. Because of this, it establishes specific metrics for evaluation, such as uptime, availability, downtime, and usage.

As part of its responsibilities, SREs establish internal agreements about reliability, its evaluation, and what to do when an availability issue arises. All contributors are included in this effort, ranging from developers to managers to VPs and executive level management.

Do You Need Site Reliability Engineering or DevOps?

Before you decide on either DevOps or SRE, let's start with this question: How do you measure customer success? What’s the complexity of your application?

Primarily, developing software at scale requires a specialized engineering team to solve hard problems and enhance features. DevOps is perhaps a better choice if some downtime is not a concern. In the same vein, if you care more about having a highly reliable application or service with uptime beyond 99.9%, then adding in SRE might be the best option.

Another development methodology that works well with SRE is the Information Technology Infrastructure Library (ITIL). ITIL is a set of detailed procedures for delivering IT services and managing IT assets to ensure that IT meets business needs.

ITIL and SRE approach complement each other very well, particularly with the newest revision (ITIL4). Do you know why? It’s because ITIL and SRE both enable greater collaboration and customer satisfaction by integrating reliability throughout the entire development lifecycle.

The fact is, SRE builds on the DevOps philosophy by providing a more specific method or measures to evaluate site reliability. The error handling and SLOs-focused approach of SRE makes reliability a priority. In this way, you can ascertain and apply the measures with the most impact on availability and reliability.

Besides having similarities with DevOps in bridging gaps within organization teams, SRE promotes automation and follows a measure-everything approach. Because of this, adopting both SRE and DevOps approaches provides a viable pathway for an organization to achieve quality, reliability, maintainability, and rapid application development.