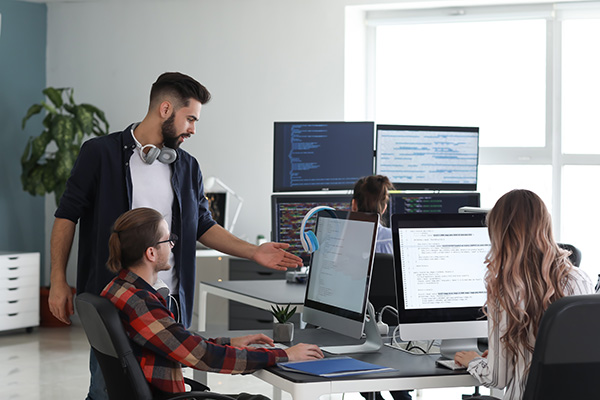 DevOps is one of the newest technological innovations that is finding great appreciation in enterprises globally. Companies of all shapes and sizes are coming forward to sing DevOps' praises and mention the kind of efficiency of its adoption. Starting as a software methodology, DevOps has evolved into a culture of its own.

As per Gartner, DevOps can significantly improve the delivery pipeline of analytics and AI architectures. DevOps-based teams also deploy much more frequently than regular development teams. At its core, DevOps delivers efficiency by focusing on inter-departmental collaboration and automation. Its strategy has been inspired by another approach with a much bigger scope, called TechOps.

As we can see, the praise of DevOps is not unfounded. This article will briefly try to understand the kind of impact DevOps had on the software engineering world and its main principles. It will provide us the grounding to understand TechOps and how it came to inspire the creation of DevOps.

Software Engineering Before & After DevOps

The field of software engineering is as much about effective collaboration as it is about making powerful and robust software. Hence, all software development methodologies try to maximize efficiency without compromising on the quality of the software. As software has gotten more complex with time, it is easy to understand why specific approaches that worked in the past don't deliver anymore.

DevOps was born of the mindset that high-caliber software is expected in less time and requires less effort in today's era. By diminishing or eliminating silos, DevOps reduces the hassle of moving software through different departments during development. It also emphasizes automating as much of the process as possible, such as unit-testing and integration.

To achieve its pipeline, DevOps utilizes cloud and version control technology. Since DevOps, active collaboration through shared repositories and tools has become the main point of focus. It is evident since it has resulted in producing much better software in a quicker time.

What Is TechOps All About?

To understand TechOps in one go, we can look at how an industry leader like Amazon Web Services defines it. According to their Dev Center, the TechOps team handles customer-facing issues through "large scale event and incident management." Their responsibility is to keep the cloud running and ensure that any problems that may arise are resolved quickly and efficiently. Essentially all primary IT operations are handled through TechOps, leading it to be also called ITOps.

As we can see, TechOps has many more responsibilities under it than DevOps. It includes handling network infrastructure, server deployment, and insistence on automation processes, to name a few. However, it does not involve software development in its pipeline. TechOps focuses on monitoring and maintaining systems after they are built. DevOps fills the gaps in TechOps left by the exclusion of the system development process.

Cloud services like AWS and Azure have TechOps as a core part of their public cloud services. Running and ensuring that cloud service is always at the users' disposal without any hindrance is usually what a TechOps administrator is expected to do. The TechOps team is also involved in the planning to improve the IT infrastructure as per new requirements.

Given that TechOps inspired the creation of DevOps, both of them share quite some similar principles. However, there are also really fundamental differences between both. The differences between TechOps and DevOps are essential to discuss as it is helpful when choosing between the two. The main differences are as follows:

While TechOps can prove advantageous for planned improvement and managing sudden incidents, it can become a siloed and uncompromising approach for some enterprises. DevOps is more flexible and, by focusing on less time for development and deployment, guarantees speed. However, TechOps focuses on creating a stable and robust infrastructure, requiring more time and focus. The constant testing in DevOps tries to eradicate as much risk as possible, while TechOps is often dealing with significant amounts of risk at a given time.

What To Choose: TechOps Or DevOps?

Both TechOps and DevOps are potent approaches. However, because TechOps is more focused on a particular field, it is more of a professional role. On the other hand, DevOps is a culture and mindset that aims to bring together departments and break down any communication difficulties.

When choosing TechOps or DevOps, it is crucial to see what is the particular use case. If an enterprise is looking to build up its cloud infrastructure and will need an approach to plan, build, and maintain it, TechOps is the way to go. However, if an enterprise is trying to boost its software quality while not expanding resources, it should look into DevOps.

However, as cloud technology gets more popular, it is more likely that many tech companies may soon require both TechOps and DevOps.