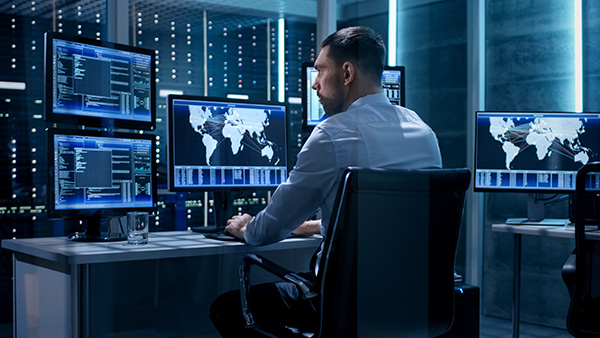 Successful software development is not just about focusing on satisfying requirements. It is about ensuring that the end product is robust and earns the trust of its users. For the longest time, software engineering methodologies have tried to achieve quality and efficiency together. However, as time passes, the software is getting more complex, and so are the expectations of enterprises.

One such methodology that has managed to create a name for itself is DevOps. While implementing its infrastructure may be challenging for some, its benefits greatly outweigh these barriers. It has delivered better collaboration, improved systems availability, and a faster time-to-delivery. However, it has also inspired other methodologies which can serve as its alternative for some enterprises, like SysOps.

This article will help to define SysOps and its foundational principles. It will see how it compares against DevOps and what are the main differences between the two. Even though SysOps and DevOps are similar-sounding but significantly different in approach.

The Bigger Picture Of DevOps

DevOps is a software development methodology that recognizes the divide between two of the most crucial departments: Development and Operations. As the name implies, its philosophy builds on bridging the gap and enabling inter-departmental collaboration. With such an approach, many hassles with creating, maintaining, and testing software are reduced or eliminated. The processes and responsibilities of traditional development and operations become intertwined.

The stages of DevOps lead to one another in such a way that no one is responsible for anything in particular. Instead, the tools enable anyone to solve an issue that may arise. It pushes for automating most repetitive tasks like unit testing and allows for easy access to the codebase through a shared repository. For most of the processes in its pipeline, DevOps utilizes cloud computing and storage.

DevOps not only provides a framework and tools to help bring it to reality. It also gives benchmarks that help measure the organizational efficiency of a specific DevOps setup. Such benchmarks include:

There are a variety of tools that help bring the DevOps framework to life. DevOps uses different applications mainly for automation processes and streamlining the CI/CD pipeline. DevOps also utilizes cloud computing and storage facilities to enable access for all personnel involved. Many enterprises have come to accept DevOps because it helps adapt to customer feedback quicker than before and has led to better customer retention.

What Does SysOps Entail?

The world of SysOps focuses on guaranteeing that an application, once deployed, is functioning optimally and at maximum performance, if possible. SysOps professionals are essentially System Operators. It requires knowledge of network infrastructure and analytical abilities to choose the best infrastructure and storage methods. SysOps involves network administration and analysis to ensure the best working capabilities.

SysOps revolves around working with systems and networks at all scales, from small-time enterprises to enormous corporations. It requires managing an environment that is among the most-used components of an enterprise’s technology resources. SysOps administrators also have to secure the systems under them and solve any issues that may cause the network to go offline. It also involves deploying new systems or building infrastructure from the ground up.

Having gone through a broad picture of both SysOps and DevOps, it is easy to get confused between the two. Both are becoming fairly popular among enterprises that are actively switching to cloud services. However, there are plenty of fundamental differences. The main differences between the two fields are as follows:

As the world increasingly moves towards cloud technology, a shift in focus on cloud-heavy methodologies like DevOps and SysOps is obvious. However, both differ significantly in their methods and other aspects as well. In such a case, whether to go for DevOps or SysOps depends on the end mission.

If the aim is to develop software faster while ensuring quality, DevOps is the choice. If the objective is to make sure you have a reliable and robust network system, SysOps is the key. Regardless, both are significantly popular approaches and will indeed produce results through a skillful implementation.