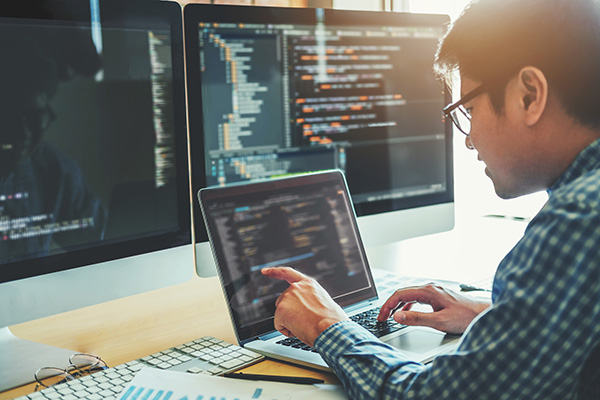 7 Traits of a DevOps Engineer

The rapid growth of the IT industry in recent years has given rise to the need for rapid and efficient development and deployment pipelines. One of the key pillars of this growth has been the adoption of DevOps, an approach that goes hand in hand with agile methodologies and automation.

Gartner describes the holistic approaches taken in DevOps and its fusion with the growing artificial intelligence sector to meet the needs of the industry. This clearly shows that DevOps is not one rigid framework but is continuously being molded and improved since its inception almost a decade ago. Given the growth of DevOps, there has also been a need for more engineers to meet job demand.

This article explains the seven most important skills any good DevOps Engineer must have. But first, we’ll start with a quick overview of DevOps.

The Rise Of DevOps And What It Entails

To quote Amazon Web Services, “DevOps is the combination of cultural philosophies, practices, and tools that increases an organization’s ability to deliver applications and services at high velocity: evolving and improving products at a faster pace than organizations using traditional software development and infrastructure management processes.” A holistic definition that describes the idea of DevOps being used to speed up service delivery.

The term DevOps originated during a discussion between two renowned software engineers:  Patrick Debois and Andrew Shafer. The focus of the discussion was adapting agile methodologies to meet the rising demands of the modern industry.

The term spread like wildfire throughout organizations as a result, and rightfully so. DevOps transformed software practices by adopting automation and a toolchain-based approach. This effectively casts aside the heavy books on ITIL/ITSM practices in favor of a more fluid approach.

Traits Of A Skilled DevOps Engineer

So you understand it, right? But can you build it? This is the fundamental question of the software industry. If you don’t have the skills to back up your theory, say goodbye to a career in DevOps. It is essential to building a well-rounded skill set as a DevOps engineer.

Having skills and certifications will help you secure your rise in the industry. You need to be constantly investing in yourself, and the best way to do that is to keep learning and keep growing.

We will help you here by charting some of the most common, yet important skills and technologies every DevOps engineer must learn. There are no ifs and buts around this. You simply have to know your way around them.

At the very heart of DevOps is the know-how of cloud-based services. Cloud certifications for the Big Three: Google, Azure, and AWS are in high demand as they are key in DevOps. Cloud serves as an efficient channel for massive yet scalable deployments.

Cloud computing has improved tech and tech handling in key areas such as reducing downtime of continuous operations, security and streamline development workflows, not to mention automation. Cloud computing and DevOps synergize to deliver purposeful IT transformation.

2. Knowledgeable In Handling IT Infrastructures

Sysadmin (System Administration) is another cornerstone of DevOps. For a DevOps engineer, it is important to know and understand IT infrastructure in order to deliver effective solutions according to software requirements. And an important piece of the puzzle here is networking.

Often overlooked, networking is the one process that binds application layers as they are deployed to mobile devices, computers, and the cloud. Effective DevOps engineers must be able to harness the features of IT infrastructure to their advantage. Infrastructure teams play a key role in maintaining GUIs and APIs for other teams to use.

DevOps and automation are a package deal. You can’t get one without the other. One of the most important practices in DevOps is automation. Everything from code testing to build deployment is automated which gives DevOps the trademark speed boost and agility.

The rise in DevOps is attributed to automating the mundane, the boring, the repetitive. And this brings about remarkable results in team productivity, error reduction as well as creating a fast-moving DevOps lifecycle.

Virtualization allows the running of multiple operating systems given a single piece of hardware, while container technologies such as Docker allow the deployment of multiple applications on a single operating system. As we can see, they both can be used in conjunction to test and deploy applications in simulated environments to allow continuous real-world testing of software.

5. Keen On Collaboration Through CI/CD

According to Red Hat, “CI/CD is a method to frequently deliver apps to customers by introducing automation into the stages of app development. The main concepts attributed to CI/CD are continuous integration, continuous delivery, and continuous deployment.”

CI/CD is where the Ops take over from the Devs as new releases are integrated through automation. This echoes a key aspect of DevOps, which is collaboration. CI/CD is where teams join heads to deliver new features constantly being tested and merged into projects.

With virtualization techniques, a DevOps engineer must learn how to manage the various different operating systems. Throw automation into the mix, and we get our keyword: scripting. Although it sounds tedious and frankly a bit old-school, it is vital to the DevOps pipeline.

Advanced scripting is very much like coding. Complex environments are automatically set up by running a couple of scripts, and here lies the power that a good DevOps engineer provides, efficient virtualization/containerization AND quick environment setups.

Dealing with all these web-based technologies such as cloud computing, online repository hosting, and the use of advanced networking, security is paramount to such workflows. One way to improve security is to adopt standard security practices instead of having to mitigate incidents later.

Security is often an overlooked practice in DevOps. Still, several high-profile security incidents proved the need to improve the management of credentials and bring proper IAM (identity access management) to the DevOps culture.

We missed one skill in the above list, but it may yet be one of the most important ones to have. DevOps is not a one-person job. There is a culture of collaboration built on teamwork, trust, and ethics. To thrive in such a culture, it is important to have all the above-mentioned technical skills alongside soft skills. The latter helps to deal with people in a way that is conducive to the DevOps environment.

In this article, we saw what we believe to be the seven most important traits of a skilled DevOps engineer—as with any rapid-paced industry, constantly learning and picking up new skills is an indispensable skill in itself. And this is more important in the software industry than ever. Every day, we find something new on the horizon. Be it a new framework, a new tech stack, or tools with new features, DevOps has transformed the industry.