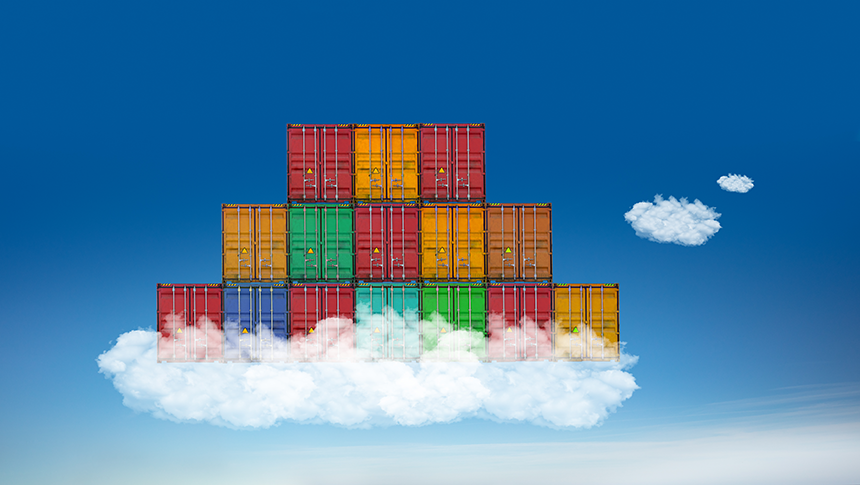 There is hardly a software development methodology being adopted more rapidly throughout the industry than DevOps. Large-scale enterprises and smaller budding enterprises are taking the DevOps way and advancing their development workflows. Such widespread acceptance is evidence of the promise DevOps holds for the future of software engineering and development.

A significant factor supporting the growth in DevOps’ popularity concerns integrating other cutting-edge technologies to produce something more potent. Forrester asserts enterprises are fast moving towards container development platforms to accelerate and simplify DevOps for all kinds of traditional and cloud-native apps. With the added modularity and power of container technology, DevOps has begun showing more capability.

This article discusses both DevOps and containers and explores their inner workings. Further on, we see how containers can be integrated within your DevOps workflow and make it much more efficient.

Understanding DevOps Workflows and Their Requirements

Every software engineering methodology takes its root from some central principles. The fundamental tenets of DevOps focus on increasing development velocity without comprising software quality. It achieves these principles by prioritizing practices like extensive task automation and interdepartmental correspondence between development and operation teams. These principles and practices are the defining traits of DevOps.

You can quickly grasp a DevOps workflow once you have understood the fundamentals it stands on. The workflow consists of several steps that flow from one to another seamlessly and run between development and operations. Much of these steps are automated to the best extent, like software testing. Once an application is developed and deployed, the software is monitored for improvement by passing through the workflow iteratively.

Most of the tools that help implement the DevOps workflow have powerful automation options. They also allow for a continuous mode of development, code integration, testing, and deployment. The typical DevOps workflow also consists of cloud-based technologies to give the developer and operations teams a central platform to collaborate effortlessly.

The future of DevOps holds many exciting developments, and within the few upcoming years, we will see a more mature model of DevOps. The evidence for its maturity as a methodology lies in the fact that other fields have embraced it, like DevContentOps or DevSecOps. Furthermore, its tools are getting more advanced as the years pass by as well.

Exploring The Power Of Container Technology

With containers, you can now package a whole application and its dependencies into one executable piece of software called a container image. We get the application container after running the image, and this container will run the same everywhere, no matter the infrastructure. The most widely used container technology is Docker, whose containers are lightweight, secure, and quickly evolving as the industry standard.

With the help of containers, developers can virtualize the operating system, unlike virtual machines. They are also much more portable and can be easily shared across all kinds of different hardware platforms. Containers also require less hardware and can be deployed in clusters while you manage them with technologies like Kubernetes. Docker can also run integrated with other tools like Git and CI/CD tools.

Containers are being rapidly adopted throughout the development industry. It is 'containerizing' existing applications and developing new ones within containers to better harness its power. Additionally, containers are becoming crucial components of the methodologies of DevOps and becoming a staple for enterprise-level development. Industries of all kinds are adopting containers for any development needs.

How Can Containers Make Your DevOps Workflows Better?

When you understand DevOps and container technology at their most fundamental level, you may eventually reach a famous conclusion: containers are perfect for DevOps. The current direction of DevOps shows an increasing focus on team collaboration and better efficiency. Containers can help achieve many of the aims set for DevOps and improve much of its existing drawbacks.

Some of the many ways containers can add to the DevOps workflow and make it more robust are as follows:

The ability for containers to run anywhere, in the same way, is beneficial for DevOps teams. The containerized application passes through different departments quickly. Additionally, when used together with virtual machines, their deployment and management become flexible. The lack of need for an operating system helps with server efficiencies.

With a consistent development environment within the whole team, developers can build new functionalities and save debugging time. Containers help with the continuous integration and deployment (CI/CD) component of DevOps. They allow you to clone the production environment and advance software delivery. Additionally, you can repair containerized applications without redeployment, which is resource-intensive and often complicated.

In the present age, applications are increasingly becoming microservices-based. By taking this modular approach, developers can keep experimenting until they find the right technologies for their applications. Containers come in handy when developing, packaging, and deploying these microservices. Developers can single out service if it's hindering the application’s stability.

Containers can help with ensuring the security of your DevOps workflow. However, you need to take crucial security measures to ensure all vulnerabilities can be eliminated or controlled. Some of such necessary steps are as follows:

Security patches are addressed in application updates which are more streamlined and regular thanks to the DevOps workflow. As you would be using containers, and your applications would be modular, updating would mean updating one or more modules. The DevOps workflow allows for that without having to take down the application momentarily if deployed.

DevOps and containers are some of the most widely used developments within the software engineering industry individually. However, put together, they are much more potent. Containers make DevOps workflows much more stable, secure, and efficient. They help streamline both the development and operations of the application and make it more modular.

If you wish to make your DevOps workflow ready for enterprise-level application development and management, containers must become a crucial part. You can simply opt for Docker containers and make use of the extensive Docker container image library. Additionally, Docker enjoys comprehensive open-source support and runs seamlessly within cloud platforms.

DevOps Automation: How it Works