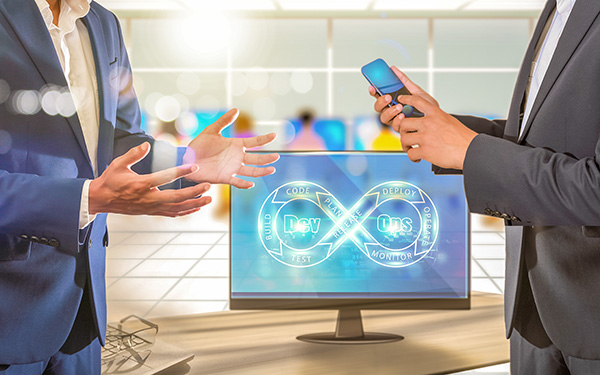 The True Current State of DevOps

On the 20th of July 2021, Puppet released the findings from the 2021 State of DevOps Report with quite a few interesting insights. Over 2650 professionals from IT, development, and information security were involved in the survey.

The report provided insight on the chasm within organizations as only 18% of the respondents agree to use a highly automated and evolved DevOps process, while several others are caught in the middle because of culture blockers, ambiguous roles, and poor feedback loops.

In this article, we've compiled a summary of the report's key findings.

DevOps: A History of Automation and Growth

For Puppet, it’s been a decade of measuring DevOps, its growth, KPIs, and team connections. In 2011, Puppet began an annual survey of DevOps practices in different organizations across the globe. Over the past decade, DevOps has consistently shown greater performance in four key software development metrics such as deployment frequency, lead time for changes, mean time to recover, and change failure rate.

Only 18% of IT leaders describe their DevOps process as highly evolved, while 4% have just started implementing it in 2021. That leaves 78% of them in the middle of their DevOps journey.

An Organizational Culture, Not Just Automation

With several organizations stuck in the middle of their DevOps process, some problems stem from the confusion in the culture vs. technology argument. That’s not surprising considering that 31% of low-evolution teams report resistance to change as the blocker to achieving better DevOps practice; 30% cite a poor or lack of automation as the primary blocker.

For mid-evolution teams, 21% cite resistance to change while another 20% cite a poor or lack of automation. Meanwhile, highly evolved organizations do not have these issues, but they have fundamental challenges that all organizations struggle with such as shortage of skills and legacy architecture.

In light of this, the truth is that organizations need to embrace both the culture and technology to achieve a highly evolved DevOps practice.

Read More: How To Champion DevOps Culture in Your Company

One recurring trait for highly evolved teams is a clear definition and understanding of their responsibilities. In this environment, every team has defined roles and a high level of autonomy with clearly defined interaction patterns and channels. The report indicates that 91% of highly evolved teams agree; by contrast, only 32% of low-evolution teams agree.

A further finding was the fact that the term "DevOps team" has become less prevalent since 2018. This is also attributed to the rise in teams preferring to be called SRE instead. Rather than focusing on the name, Puppet suggests clearer team names and platform teams provide far better DevOps success. It also suggests that organizations build stronger identities and a culture of cooperation and learning with self-service automation capabilities.

“Feedback loops are like the canary in the coal mine for breaking down barriers at the boundaries between teams. The ease and flow of intra- and inter-team communications during incidents and outages—critical for crisis response—is critical for effective service delivery, but also sets the foundation for more regular, “non-crisis” cross-team communication and collaboration”, says Andi Mann.

Almost all teams report using the cloud, with several using it poorly and highly evolved teams using it efficiently. However, using cloud computing and automation doesn't mean companies will become highly developed. 80% of high-evolution teams use the cloud, 64% for mid-evolution teams, and 57% for low-evolution teams.

The general belief is that DevSecOps is already part of a highly evolved DevOps process. 61% of highly evolved teams report integrating security into the design, 51% on requirements, 53% on build, and 52% on testing.

That’s in contrast to 48% of mid-evolution teams only considering security when there’s a scheduled production audit and 45% when there’s an issue reported during production.

The Roles of Platform and Self-Service

According to the report, organization leaders need to foster a culture of knowledge sharing to avoid getting stuck in the evolution of DevOps. Companies need to share best practices, know and understand their IT infrastructures, and manage their change management processes to keep stakeholders informed.

The Future of DevOps

As organizations look to improve their DevOps process, it’s imperative to look beyond teams and towards the entire organization and how they contribute and enable organizations to build better applications. In addition to these, there’s an increasing demand for better digital experiences and content-rich applications across multiple channels.

For organizations to meet these unique demands, there’s a further need to consider the people involved in creating, managing, and publishing content and content-rich digital experiences. To address this gap, DevContentOps is an evolved paradigm that further improves DevOps by considering content creators, editors, and publishers. That way, developers, operations, and content teams can collaborate efficiently to deliver content-enabled applications.