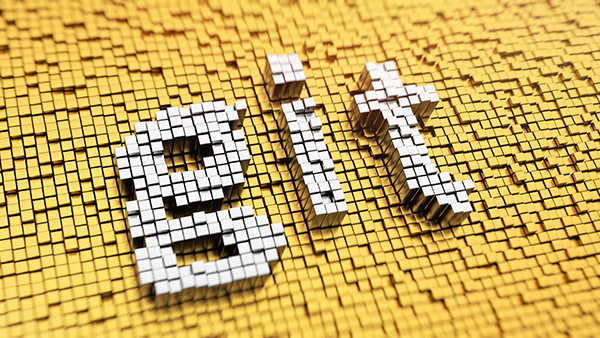 Speed and scalability are core features of the modern software development process. You might describe the evolution of software development as constant acceleration. As a result, many organizations are incorporating DevOps into their digital transformation strategies, since it facilitates a culture of transparency, shared responsibilities, and timely feedback.

In other words, GitOps is a standardized workflow that lets you deploy, configure, monitor, update and manage‌ ‌infrastructure‌ as code.

In this article, we will explore what GitOps is, its underlying principles, benefits and how it fits into the rest of your development process.

Why Do You Need GitOps?

The‌ ‌concept behind GitOps operational processes occurs once you commit your changes to the repository. Git plays a central role in deployment and deployment frequency during the development process. Developers will interact with all resources using Git when deploying.

When you look closer you’ll be of the mind that continuous and repeated changes will probably increase the chances of breaking a build.

Now, consider this. With more frequent releases, you get an increase in developer feedback and subsequently better development. In other words, if all of your resources are in Git, then it’s easier to automate these processes and implement them with greater observability.

GitOps makes it safer to experiment with issues since issues will surface while you still have enough time to fix them. Developers can continue to work with the tools and workflows they are comfortable with. Rather than just leverage them for code management, developers can use them to provision and manage infrastructure as well. GitOps promotes faster software development through more frequent releases.

Before implementing GitOps on your project, you have to follow the core principles of GitOps.

By defining the system state and configurations in Git, you can easily deploy and roll back changes as you like. This makes Git the sole source of truth. All‌ ‌the commits that change the desired state have committer information and commit IDs, as well as a timestamp.

Declarative Description of the Entire System

You can easily manage how changes to the configuration are applied using Git Pull Requests. With PR, you can run CI tests and get reviews from different team members.

Once you achieve the desired state in Git, you need software agents to help ensure that the current system state matches up with the desired system state. If it's different, the software should notify you or fix the configuration changes.

The Role of GitOps in DevOps

DevOps is a development culture that promises better productivity. GitOps is a streamlined version of DevOps that focuses on implementing better continuous delivery and correctness.

DevOps focuses on automation and frequent releases using the CI/CD pipeline. GitOps, on the other hand, employs Git to manage infrastructure provisioning as well as software deployments. DevOps and GitOps share a few similar principles, including automation and self-service infrastructures. DevOps teams can adopt GitOps workflows more easily with this.

GitHub Ops is more than just a single plugin, product, or platform. The GitOps workflow system enables teams to manage IT infrastructure using processes that they are already familiar with.

GitOps incorporates several concepts and benefits from Infrastructure as Code. It can be said to be an evolution of IaC. The idea behind it is to ensure that every aspect of the system infrastructure is declarable as code including the system settings and configuration.

Additionally, it tracks the actual state of the system state against the desired against to ensure correctness. In Git, you can version control all your source code and configuration files using declarative tools.

CI/CD pipelines are most often triggered by an external event like a code push. For GitOps workflow, however, you make changes to the Git repository through pull requests. Here, the GitOps software kicks in to compare the system state matches with the desired state.

The software sits between the orchestration system and the GitOps pipeline. When a developer makes a pull request to the central repository after a new feature change, the commit is reviewed, revised, and approved. Once it’s approved, the software pulls in the new state declaration to Git after the commit has been made. These changes will automatically be applied to the production infrastructure.

GitOps CI/CD pipeline ensures automation of the infrastructure and operations of the system and not just the application source code.

In GitOps, there are two deployment strategies: Pull-based strategies and Push-based strategies. In both strategies, the deployment environment must match the desired infrastructure. However, they differ on how the process is managed. It’s advisable to choose a Pull-based approach since it is considered more secure and better for implementing GitOps.

The pull pipeline helps to integrate the manifests and configurations of the updated state and desired state. Then, it checks for any divergence. Divergences are changes to the configuration file caused by the merged Git update.

Observability is an essential concept in GitOps. The idea here refers to the process of ensuring the actual state and the desired state are the same. By integrating Git into your deployment process, you can increase code visibility. Essentially, it means you can view and monitor all the changes to the system, audit the history, and roll back any changes that go wrong.

GitOps ensures that all deployments are declarative. Since all procedures have to pass through the Git repository, you’ll have access to the Git log and version control of the entire process. Typically, developer workflow involves several commits and code branches, GitOps helps to manage these efficiently.

The truth is, all CI/CD technology claims to accelerate deployments and enable frequent releases. This is what makes GitOps distinctive from other deployment tools. You already keep track of everything in Git.

In addition to this, GitOps helps to increase productivity by making deploying to production much faster.

With the correctness and cryptography that comes with Git, you can rest assured of a stricter control and faster recovery. Git also helps you track changes to your repo and notify you of any divergence or errors.

GitOps ensures Consistency and standardization of end-to-end workflows. As a result of GitOps, you have a consistent end-to-end workflow across your entire organization’s system infrastructure and applications. Not only can you use pull requests for CI/CD, but you can also replicate operations tasks via Git.

One major challenge for GitOps is that it lets you manage code and configuration together, but it does not do the same for content. It’s the same issue as DevOps. These two concepts do not properly address the importance of content and content applications in development. Most of the time, users make their decisions about the digital world based on the content on the websites and apps they use. As a matter of fact, many organizations have embraced a ContentOps strategy for managing large volumes of content to cater to current demands.

As opposed to previous concepts that focus on the needs of developers and IT operations, ContentOps is more focused on content teams. ContentOps is a set of processes, people, and technologies in creating, managing, and publishing content.

Read More about ContentOps tools here: ContentOps: What, Why, and How

DevContentOps combines DevOps, ContentOps, and even GitOps—with the aid of a Git-based CMS such as Crafter CMS — to deliver high-quality content-driven applications. Despite their benefits, GitOps, DevOps, and ContentOps fall short; DevContentOps is the future.

GitOps is a highly effective process to manage modern cloud infrastructure. Any DevOps team will benefit significantly from GitOps. Some of these benefits include improved communication, better security, stability, visibility, and system reliability.

When it comes to content-driven (or CMS-backed) applications using a Git-based CMS, GitOps enables you to easily push and pull configurations and content between environments with their corresponding application codes. So, when developing content-driven applications, DevContentOps offers a faster time-to-market and better operations management. It helps to unify the powerful approach of GitOps with ContentOps and DevOps.

Get your team started on leveraging the powerful capabilities of DevContentOps.